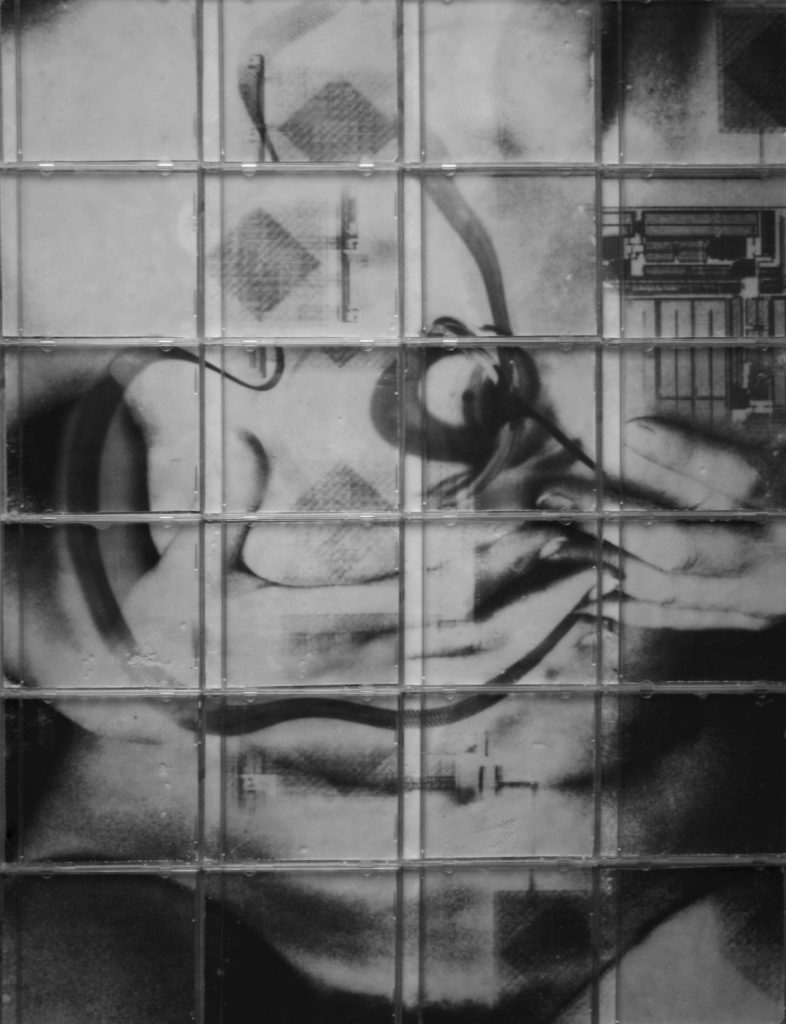 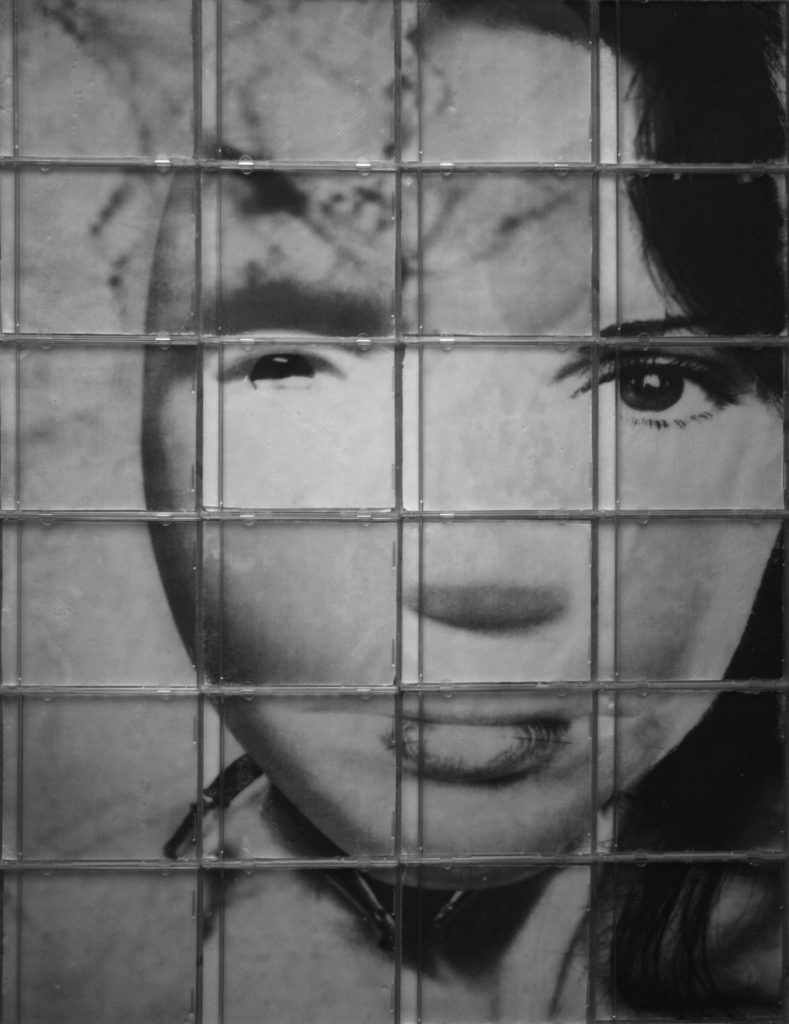 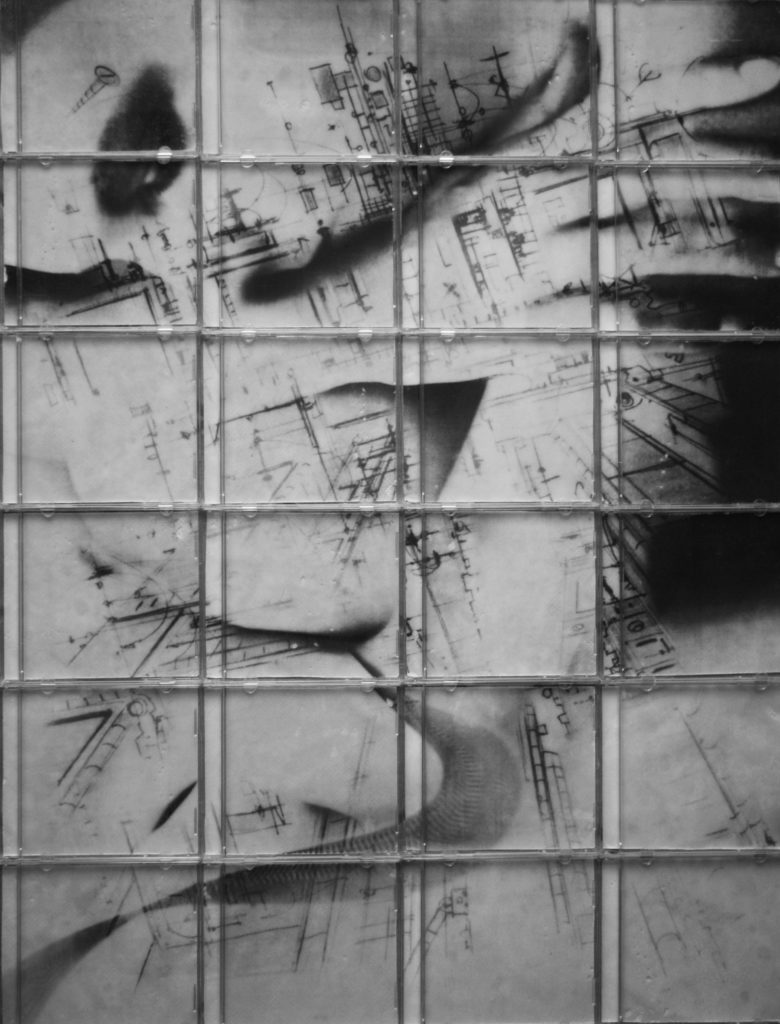 The theme was born after reading a philosophy of science theses, on the subject of “Artificial intelligence today: paradigms & debates”. My interest was attracted by the studies on neural networks, more specifically on the theory of Stedhen Grossberg, an American neuroscientist, who had studied in the 70’s the activity of the nervous system and of it’s models, with particular attention to the parallel between men kind and machines. Grossberg concentrates on the mechanisms and principles which allow the individuals as well as the machines to adapt autonomously and in real time to the unpredictable ambient challenges. He notices that man, in contrast to the machine, is capable to recognise situations, objects and persons in a continuously mutating environment.

These mutations and recordings have brought me to reflect on the connections between the biological and artificial neural networks which give birth to this hybrid. Representative of the 3 paintings, assembled by 24 CD supports, like the neural modules and the connection between the mind, the body and the act of creation. These modules become reflections between the inner and outer worlds, connections to the new technologies helping to distinguish between the real nature of man and the machine. As underlined by the mental experiment called “The Chinese Room”, conceived by the American philosopher John Searle, it doesn’t make sense resembling the mind to a computer, as no computer can think as the human beings do. His main supposition is that the computer, for elaborating information, doesn’t need to understand a language or other similar codes. He experiment brings Searle to declare himself against this artificial semantics, by which man, similar to the machines, is limited to manipulating symbols without the power of interpreting them and, thus without access to their meaning.

So this project is my representation of this hybrid, where the real access to the world’s significance