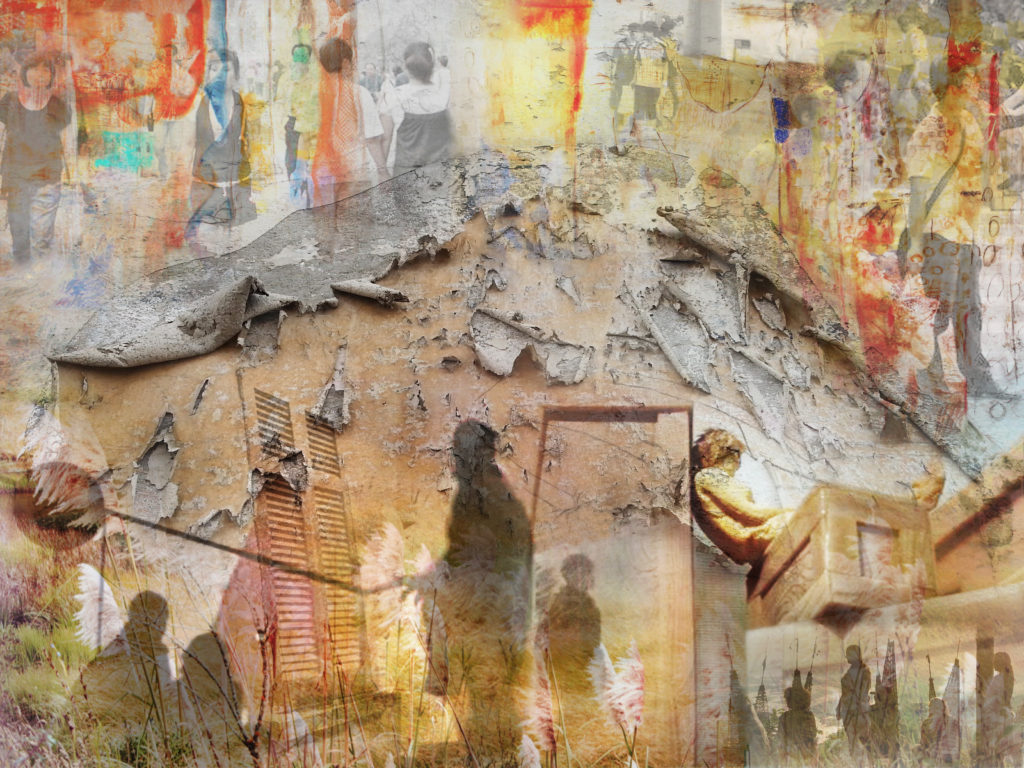 The theme of my work is based on the semiological discipline of proxemics. Introduced by the American anthropologist E.T. Hall in the sixties, the study investigates the meaning that is assumed, in social behavior of man, by the distance that they interpose between self and others and the value that is attributed by culturally or historically different groups to the way of placing oneself in space. Hall noted that the distance between people is related to physical distance, which he defined in four interpersonal “zones”: intimate, personal, social and public. My connection stems from the vision of these 4 physical and mental distances that in the social network of communication of our modern times shorten to a non-distinction of their spatial interval. The use of wax in my work, and the assembly of small pieces, underwrite a change in the form of concepts and their new integration into society. As wax can change in relation to temperature, it can be comparable to the changes that the human being has in relation to the environment, education and socio-political culture. A piecemeal reconstruction of a new conception of communication. A transformation in the proximity of a new ethnological and psychological language.